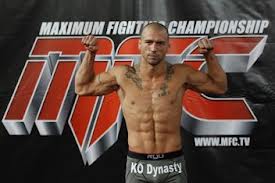 The previously announced 4-man tournament to crown the inaugural WSOF Middleweight champion will see the first round of action at WSOF 5 on September 14.

In one match-up Renzio Garcie student Dave Branch (12-3) collides with Blackzilians member Danillo Villefort (14-4). Both men are coming off decision victories at WSOF 2, with Branch unanimously defeating Paulo Filho and Vilefort being on the winning side of a split with Kris McCray.

WSOF 5 on September 14 takes place at the Revel in Atlantic City, New Jersey; and is headline by Anthony “Rumble” Johnson vs. Mike “MAK” Kyle in a Light Heavyweight showdown.

WSOF President Rey Sefo has also announced that ahead of his WSOF 4 Heavyweight bout with Dave Huckaba, he has temporarily step down as president in order to devote his full focus to preparing for the August 10th fight.