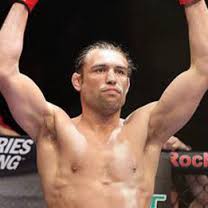 Carl is on a 7 fight winning streak including being 3-0 in the World Series of Fighting. At WSOF 6 Carl submitted Josh Burkman to become the first WSOF Welterweight champion. The submission was the 16th of Carl’s career.

Palhares will be making his promotional debut in a big spot after being released from the UFC for holding a heel hook for an excessive amount of time after Mike Pierce tapped, and the referee was trying to break the hold. The submission still counted as a victory snapping a two fight skid in which Alan Belcher and Hector Lombard had both knocked out Palhares.

Rettinghouse who is on a 3 fight winning streak, has 6 wins by submission; and is coming off a promotional debut win over Alexis Vila.

WSOF 9 at the Hard Rock Hotel and Casino in Las Vegas, Nevada, on March 29; is also expected to see the promotional debut of former UFC Middleweight title challenger Yushin Okami (29-8).