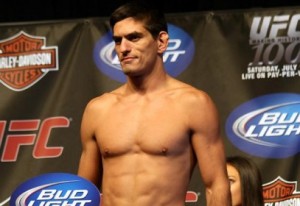 The UFC will be returning to Brazil on May 31st with TUF Brazil 3 coaches Chael Sonnen (28-14-1) and Wanderlei Silva (35-12-1) squaring off in the main event of UFC Fight Night 42 taking place at Ibirapuera Gymnasium in Sao Paulo, Brazil. The promotion has recently started to announce the addition of three more bout to the card now that the main event is official.

At Welterweight Brazil’s Paulo Thiago (15-6) with his back against the wall having lost 5 of 7 tangles with Russian Gasan Umalatov (14-3-1) who is coming off a debut UFC 169 decision,loss to Neil Magny.