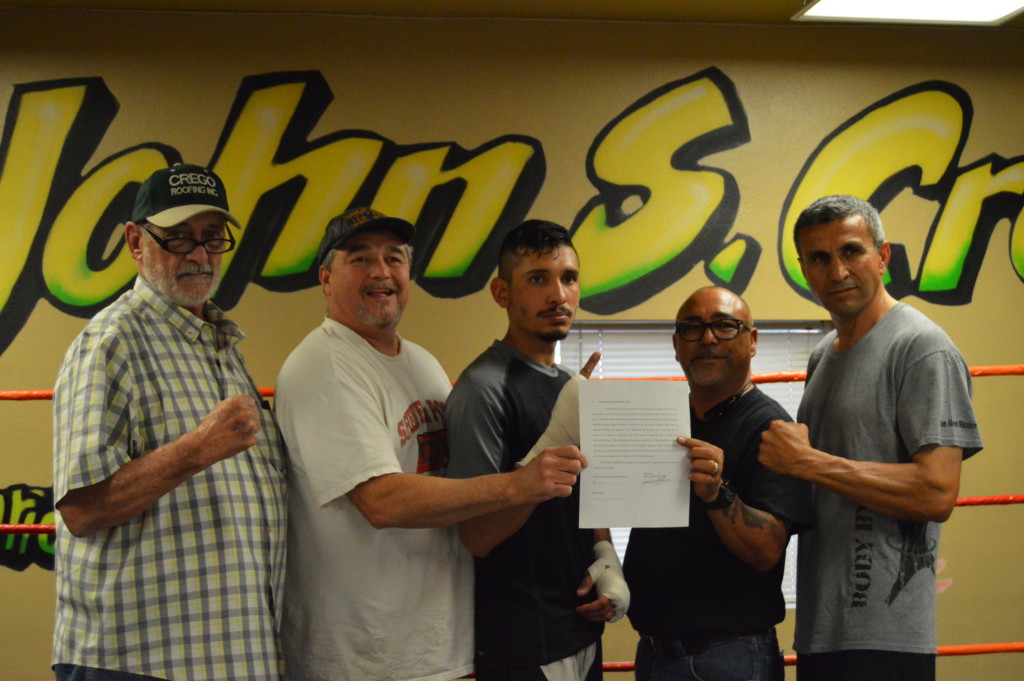 New Mexico Boxer, Alex Holguin (7-1) of Albuquerque today took a major step forward with his professional career an held a press conference at the gym he trains out of, the JSC Memorial gym to share the news with the world.

Holguin announced that he’s signed with renewed Boxing Promoter, Cameron Dunkin, who also manages Albuquerque fighters Brain Mendoza and Matthew Griego of Atrisco Boxing. Signing this contract is the kind of thing that will allow Holguin the opportunity to try an maximize his potential and focus on taking advantage of the small window that a combat sports career presents. The deal is for 5 years and said to include a minimum of 4 fights the first year and at least 3 the 2nd.

As an amateur Holguin went 80-10, was 3x Golden Gloves champion, 2X Mens US Champion, and 1X RingSide Champion. As a pro Holguin has 4 knockout wins and is currently on a 5 fight win streak, coming off a majority decision win over Boxer and MMA fighter Gene Perez. Holguin will next be in action at Legacy Boxing’s Aztec Warfare June 18th against Martin Solis, at the Hispanic Culture Center in Albuquerque, NM.

Video of the PC