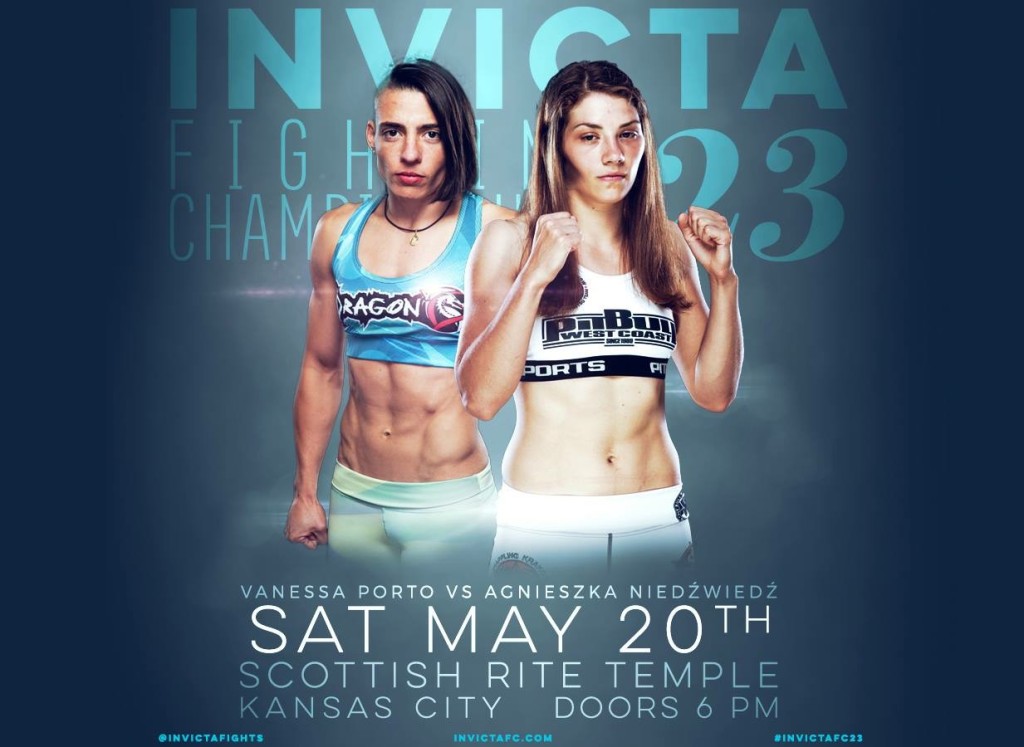 Invicta FC will be back on UFC Fight Pass May 20th with Invicta FC 23, again at the Scottish Rite Temple in Kansas City, Missouri. The night feature contest will be a women’s Flyweight (125) bout pitting Brazil’s Vanessa Porto against undefeated Polish fighter Agnieszka Niedzwiedz.

Porto has 13 of her 18 wins by stoppage with 10 by way of submission, but has fought to the decision in her last 6. Going 4-2 in that span, but looking to rebound from a March 2016, unanimous decision, loss to Jennifer Maia. Niedzwiedz has 7 of her 9 wins by stoppage with 5 knockouts. Following a July unanimous decision win over Christine Stanley in her Invicta FC debut, Niedzwiedz returned to Poland defeating Samara Santos Cunha, with a 3rd round TKO, in December.

The other announced fights include a former Invicta FC champion, a LFA champion, a Glory champion, a Bellator vet and a pair of UFC vets.