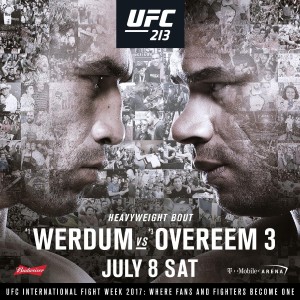 The grand finally to this years International Fight Week will be UFC 213, which is rapidly gaining fights including two more very interesting match-ups.

At Heavyweight former UFC champion Fabricio Werdum and former Strikeforce, K-1, and Dream champion Alistair Overeem will battle for the third time. Their first meeting in Pride in 2006, saw Werdum take a submission victory. Overeem even the score with a decision win in Strikeforce in 2011. Werdum comes into this one off a decision win over Travis Browne, while Overeem is combat by off knocking out Mark Hunt. 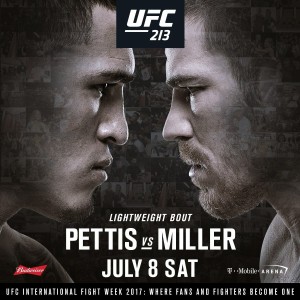 Also Former Lightweight champion Anthony “Showtime” Pettis will he welcomed back to 155 lbs. by Jim Miller. Pettis went doing win to Featherweight after a 3 fight skid, finding immediate success submitting Charles Oliveira, but then failed to make weight, why he’s moving back up, en route to losing a interim title fight to Max Holloway. Jim has won 3 of his last 4, but is coming off a majority decision loss to Dustin Poirier.