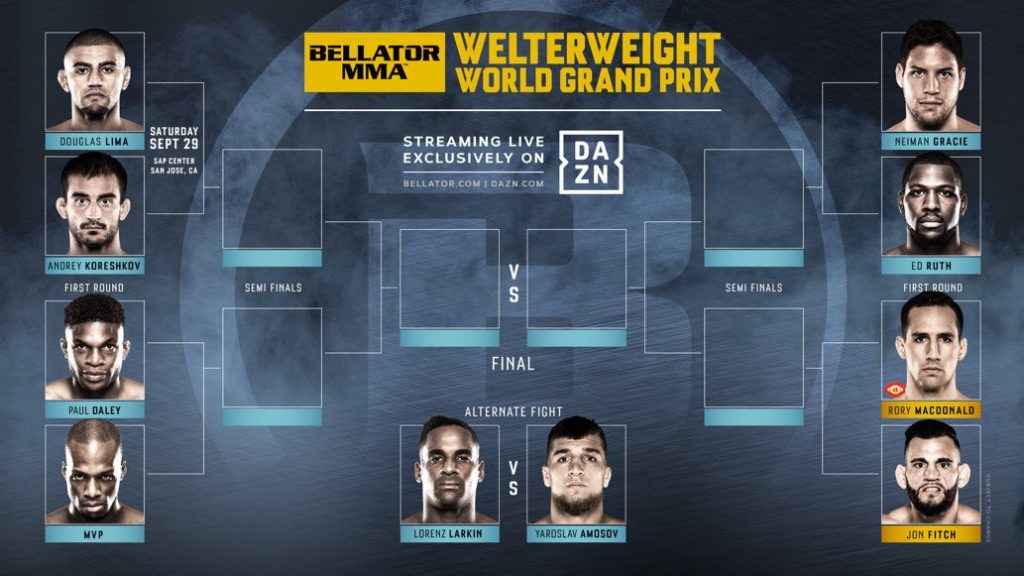 The table is set,the path for all 7 fighters has been laid out. All the first round match-ups have been announced for the Bellator Welterweight Grand Prix.
The dates and venues for the other quarterfinals have not been announced.
The first quarterfinal bout as previously announced will see the third encounter between Douglas Lima (29-7) & Andrey Koreshkov (20-2), on September 29 in San Jose.

That winner will face the victor of the long awaited meeting between battle between English striker Paul “ Semtex” Daley & “MVP” Michael “Venom” Page.

That winner will tangle with the winner of Neiman Gracie (8-0) & Ed Ruth (6-0), both are undefeated.

Also Lorenz “Monsoon” Larkin vs. undefeated Yaroslaz Amosov (20-0) has been announced as bout for tournament alternate.