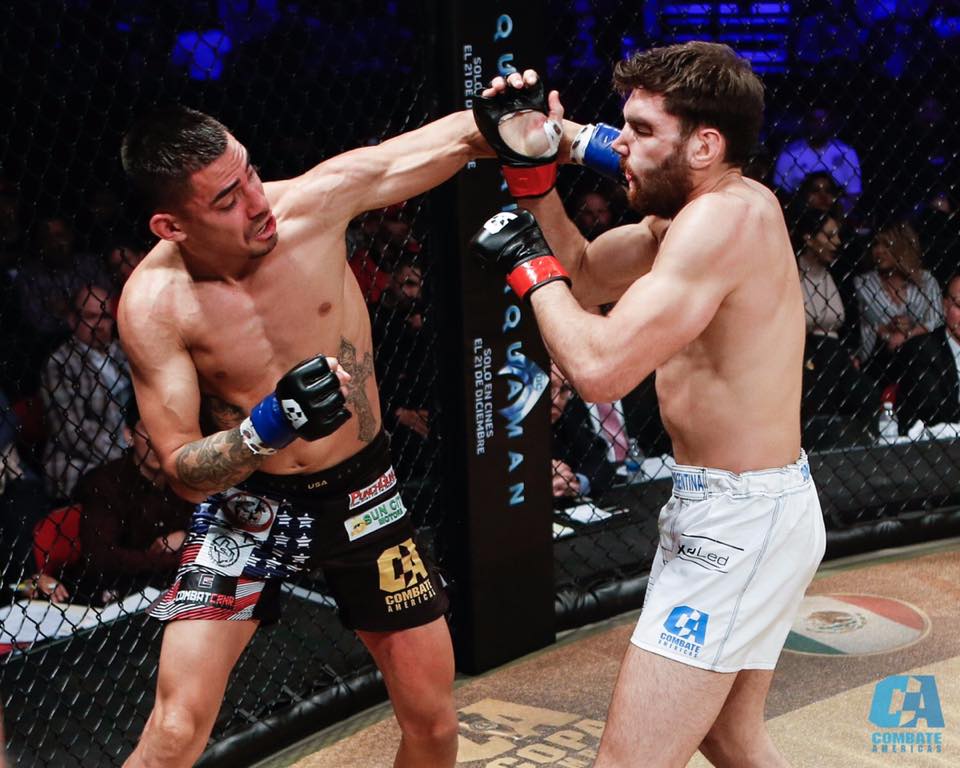 The 2018 Copa Combate winner, Andres “The bullet” Quintana (15-2) will rematch Bruno Gannetti (8-6). The two met in the semifinals where Gannetti hurt Quintana early with a right hand.  “The bullet” survived to get back to his feet, dropping the Argentine with a right uppercut-left hook combination, and finishing the fight with punches on the ground.

Quintana has been on a tear since joining the promotion going 8-0 with 4 finishes, 2 submissions, &  2 knockouts. Altogether the 27-year-old Luttrell/Yee MMA fighter, has 11 finishes with 9 knockouts. Quintana will be returning to the Santa Ana Star Center, which was where he defeated Russell Wilson by 3rd round TKO at Bellator 91.