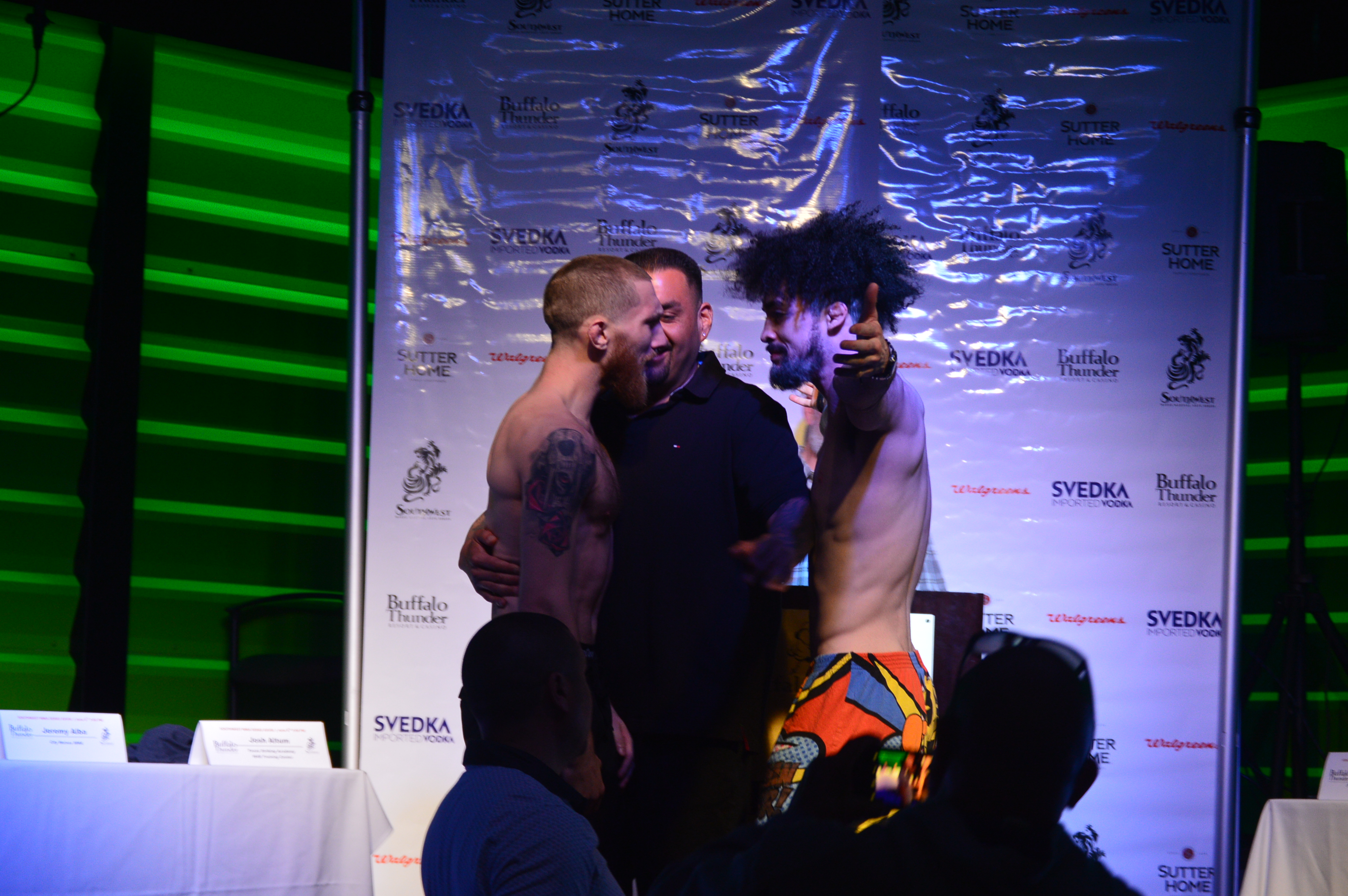 Martinez is a Santa Fe Native headlining in his hometown for the 4th fight in a row. Altum a native of Texas City, finds himself on the road for the 3rd time in his 4 fight career. Both men have 2 finishes by submission.

Fight number one a 130 lbs. catchweight between Jacobo Martos (1-0) & Derrick Pringle (1-0). Martos slipped after a landed body kick in the first round. Pringle would find his advantage and keep the fight on the mat. The action would continue in the 2nd frame with Pringle reigning down damage from his ground and pound. Pringle would take the back and finish the fight in the 3rd round by rear naked choke.

Fight Number two in the Welterweight division CJ Boston (2-3) vs. Keith Dawson (4-0). Boston came out guns blazing scoring an early knock down and busing open Dawson’s nose. Boston would show grappling dominance controlling the second round off a single takedown. In round three Boston was again able to control the grappling and land some heavy hooks. The end of three round the judges returned a unanimous decision in favor of CJ Boston.

Fight number three at Heavyweight Mario Moore (0-1) vs. Billy Ray Valdez (1-0). Valdez came out pressing forward till he got caught on the chin by a Moore right hand. Moore would take the round with his effective striking including his uppercuts & a knee from the thai clinch. Valdez would grind out round two by pinning Moore to the cage and scoring two successful takedowns. Moore let his hand go in the third continually landing a clean right hand and stuffing Valde’s takedown attempts. The fight would go to the judges and Moore would take the split decision win.

Fight number four at Bantamweight Aaron Reese vs. Andre Mitchell. Aaron Reese tested the water on the feet early, deciding to utilize his wrestling and roughing up Mitchell with ground and pound.

Fight number five at Featherweight Rakim Thorpe vs. Jeremy Alba. Thorpe would put Alba on the ground in the frost and remained there through the round. The second would play much the same, but an escape attempt from Alba exposed his back. Thorpe took advantage sinking in a fighting finishing rear naked choke.

Fight 6 the main event at Featherweight Jess Martinez vs. Josh Altum.  Martinez had a strong first round cutting open Altum in his eyebrows working off his jab cross combination. Martine also found success by going left punch left kick. The second round Martinez continues the onslaught knocking out Alums mouth peace. Martinez would then take Altum to ground. After the second round both mean where treated for cuts around their eyes. Altum would take Martinez to the ground in the bird round Martinez reversing. A lack of action leads to a ref standup. Martinez would pinch his way into another takedown finishing the fight on top. Clean sweep on the judges cards in favor of Jess Martinez.