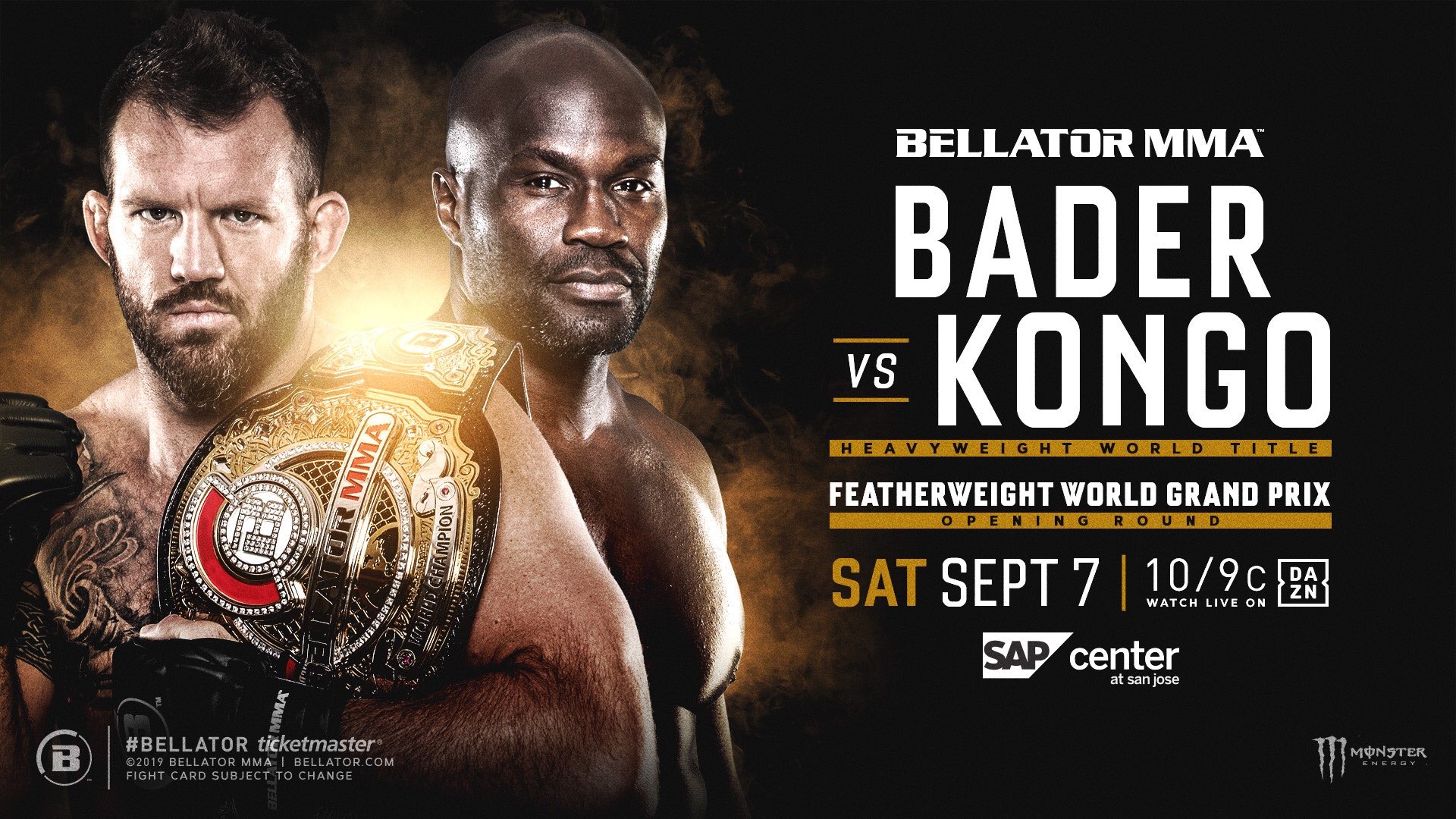 The bout will be the headliner of Bellator MMA’s September 7th event at the SAP Center in San Jose California. What number Bellator event this will be has not been established yet.

Bader (27-5) is Bellator’s simultaneous multiple division champion, holding the Light Heavyweight & Heavyweight titles. Bader took the Light Heavyweight title from Phil Davis at Bellator NYC. “Darth” has once defended the title at Bellator 186, handing Linton Vassell a 2nd round TKO loss. The Arizona fighter has spent the last two calendar years up in the land of the giants. In the Bellator Heavyweight Grand Prix Bader scored a 15 second knockout of Muhammed Lawal in the quarterfinals, out wrestled Matt Mitrione for a decision in the semifinals, & a 35 second knockout of Fedor Emelianenko in the finals.

Kongo (30-10-2) has been with Bellator MMA since 2013 racking up a 12-2 mark. The 44-year-old has won eight straight fights. The most recent a decision over Vitaly Minakov avenged a Bellator 115 loss, which was the other time Kongo challenged for the belt.  Sometimes criticized for not being a finisher Kongo has two of his last three wins by TKO stopping Javby Ayala at Bellator 199 & Timothy Johnson at Bellator 208.