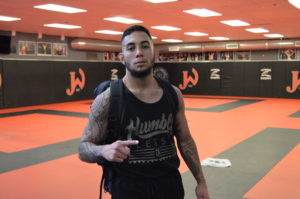 Normally a Flyweight, Rodney Kealohi, will be heading up to Tacoma, Washington, to compete on short notice, as a Bantamweight, at Cage Sport 59; but the catch is he doesn’t have an opponent. Rodney’s original foe moved up the card to fill in for a injury. Rodney gives us all the details and also talks about his hunger to fight.; after a ten month layoff and the mentality to want to fight anyone. We talk about where Rodney’s game has improved over the last ten month, and the art of setting up the knockout.