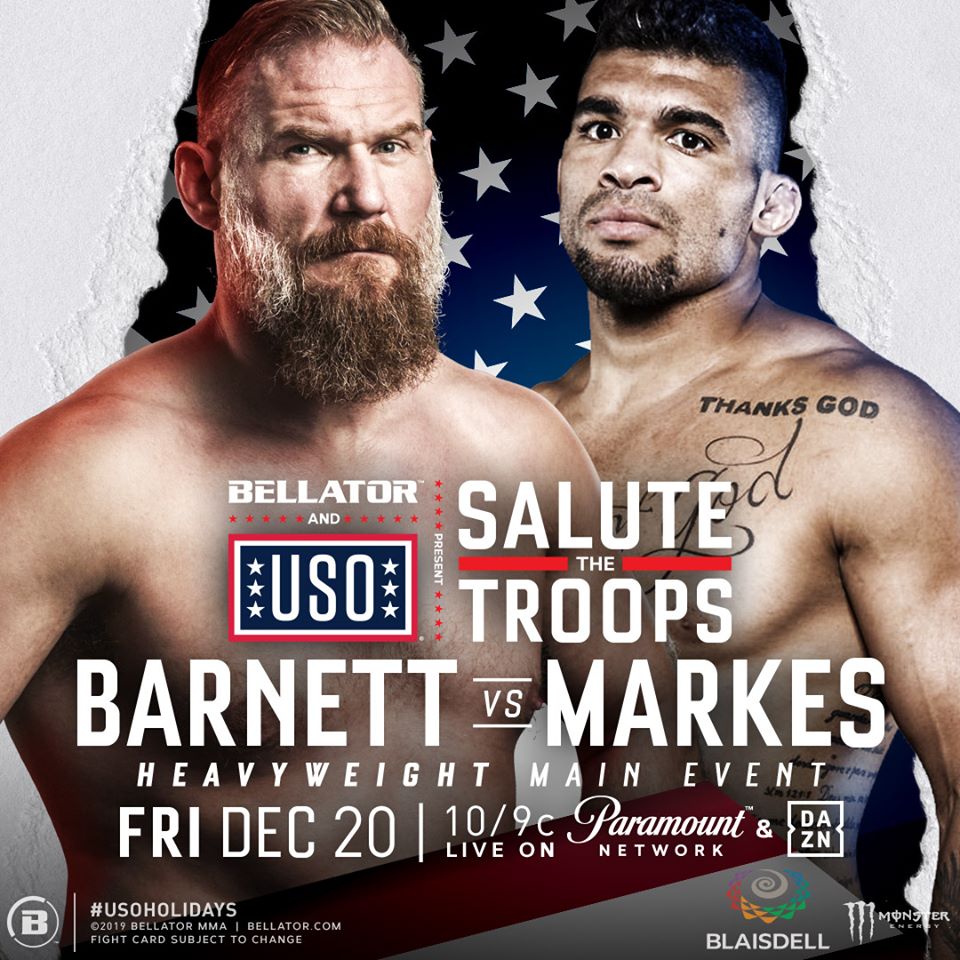 When Bellator heads to Hawaii in late December it will be like their last trip, a weekend double header.

Already announced was Bellator Hawaii/ Bellator 236 on December 21st, which will see Kate Jackson challenging Ilima-Lei Macfarlane for the Bellator women’s flyweight championship. The new part of the equation is that on December 20th Bellator and the USO will present Salute The Troops. Both events will take place at the Neal S Blaisdell Center in Honolulu.

Along with the event announcement came the nights main event, which will see the debut of former UFC heavyweight champion Josh Barnett (35-8) colliding with UFC & PFL vet Ronny Markes (19-7). Due to issues with USADA Josh Barnett hasn’t fought since submitting Andrei Arlovski at UFC Fight Night 93. Barnett a catch wrestler, has 19 of his 29 finishes by submission. “The Warmaster” stayed active with grappling and pro wrestling matches while away from MMA competition. It’s easy to say this debut will be highly anticipated as Barnett signed with the company seven months ago. Markes, whose won three of his last five fights has trained at American Top Team and Nova Uniao. Markes comes in off a 2nd round TKO of Sigi Pesaleli from Event 3 of the 2019 PFL. The Brazilian has 12 stoppage victories seven knockouts and five submissions.