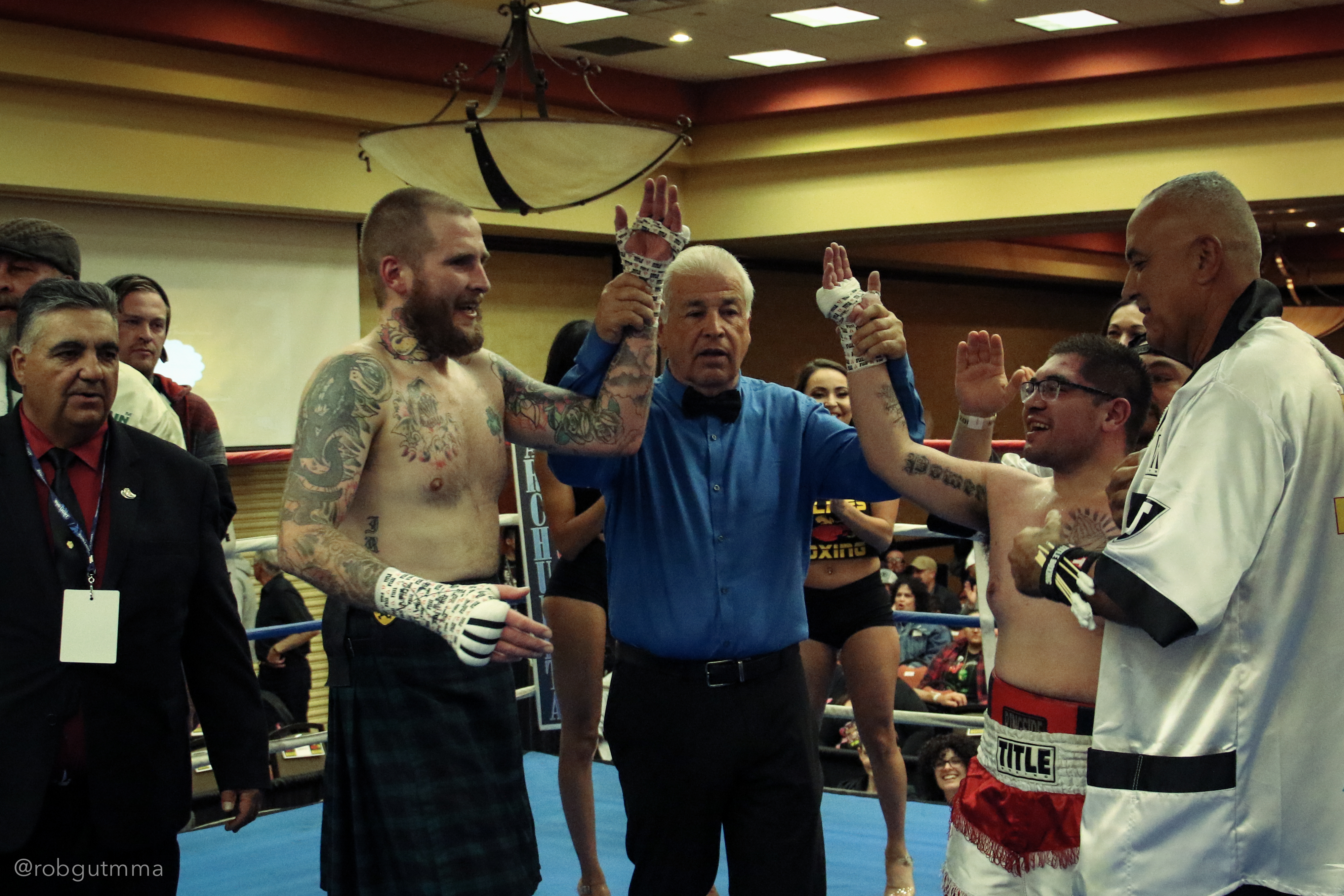 A game Miguel Gallegos went the distance against “Tone” Martinez who proved he’s more than a brawler. Gallegos survived a massive right hand from Martinez but was out classed for the rest of the bout. Donald Sanchez picked up his second win under the Holmes Boxing banner defeating Derek Perez by decision/ The “Rage” is always a handful. Both landed big shots but the mare damaging shots were landed by the former KOTC champion. Sony Drelining handed Jordanne Garcia her first professional loss, landing the heavy shots, taking advantage of her size and power edge. In his first professional Boxing match Sidiah Parker off his jab-based attack defeated Maurice “The Hulk” Jackson by decision. The night started off with Santiago Amaro’s right hands stopping Santi Giro in the 2nd round.

Sanitago Amaro picked up his first pro win and should be expected to be in action soon. One judge scored the fight a draw and it then possible to think a Parker – Jackson 2 could be part of the next Holmes Boxing card in early 2020. The same goes for Sonya Drelining & Jordanne Garcia. Both have expressed interest in a 2nd fight but weight class will be a big topic of negotiations. It’s almost a certainty that “Irish” Bryant McClain & Lorenzo Benavidez will exchange punches, but I’ve heard that McClain may next be fighting on a ShowBoxing undercard. Rumor has it that a big opportunity on a major undercard could be next in-store for Donald Sanchez. I’d also expect main event winner Antonio “Tone” Martinez to be part of the next Holmes Boxing card, most likely another installment of Cold War.