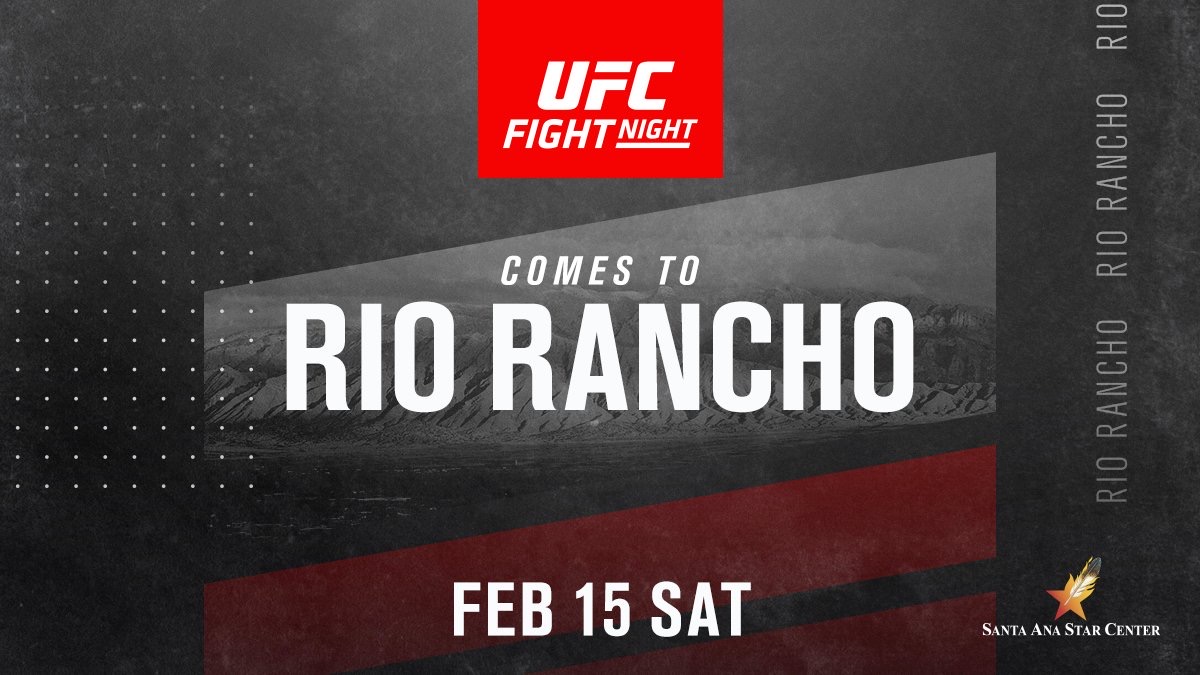 For the first time the Ultimate Fighting Championship will visit Rio Rancho, NM.

UFC Fight Night 167 will take place February 15th at the Santa Ana Star Center. Like other Fight Night events it will be streamed on ESPN+.

The UFC last visited New Mexico in June of 2014 for UFC Fight Night 42. Which took place at Tingley Coliseum. The main event saw Benson Henderson submit Ruston Khabilov by rear naked choke in the forth round.

Keep up with cagedminds.com as the card continues to grow.