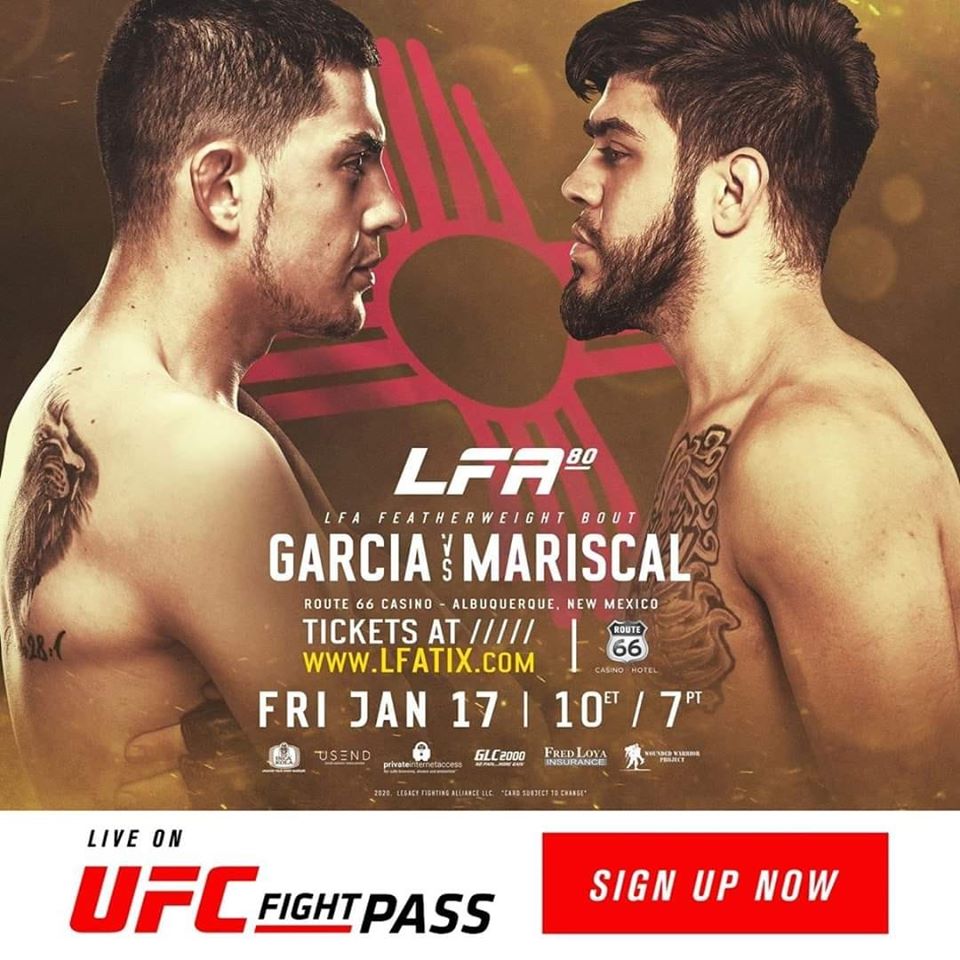 We’re less than two weeks away from LFA 80 and the card currently has 11 scheduled bouts.

To catch everyone up on where the card has gone since I last wrote about it. The main card has gained three contests. Two at featherweight, in a battle between unbeatens Edwin Cooper Jr. faces Sean William Cerveny. Cooper Jr. wrestled in college for Iowa and has scored knockouts in both his professional victories. Cerveny is a California native with three of his four wins by submission. Also, at 145 lbs. Toninho Gavinho, who knocked out Vince Fricilone in 40 seconds at LFA 58, takes on Josh Marsh, whose 2-1 in the LFA. At Welterweight Tyler Ray who’s on a four-fight win streak, squares off with Josh Streacker, who has five of his six wins by knockout.

The prelims will see in his pro debut Caleb Ramirez from Luttrell/Yee MMA against Chris Rojas from Jacksonwink MMA, who won his pro debut in September by unanimous decision.  Returning to the LFA for the third time Ricky Esquibel battles Josiah Reyes, who won pro debut at Southwest MMA Series XXIX.

In amateur action from Jacksonwink MMA Dwight Mater tangles with Mario Moore from Luttrell/Yee MMA in a heavyweight contest. Opening the card up at lightweight Ty Miller from Fit NHB meets Caleb Gunter.

LFA 80 is January 17th at the Legends Theater inside the Route 66 Casino.