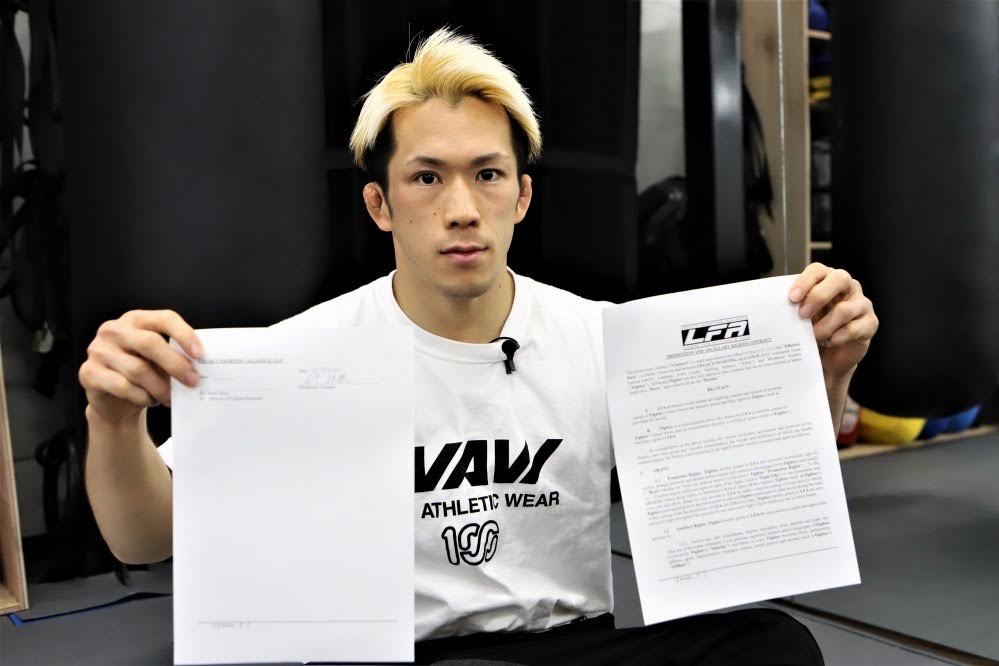 Legacy Fighting Alliance has added to the depths of their bantamweight division adding Michinori Tanaka (13-3) to the roster.

Most MMA fans will recognize the 29-year-old from his time with the UFC. Which went from September 2014 to February 2017. The stint was highlighted by decision wins over Roland Delorme & Joe Soto, the former Bellator champion. The Japanese fighter has won back to back fights. In 2017 submitting Rogerio Bontorin, whose currently on the UFC roster. Last March at Rancrase 303, Tanaka defeated Valdmir Leontyev by unanimous decision and hasn’t fought since.

The native of Yokohama, Japan, has all six of his stoppage wins by submission. This signing adds to LFA’s global reach. You can expect for Tanaka to be a part of some big time match-pus at 135 lbs. right away.