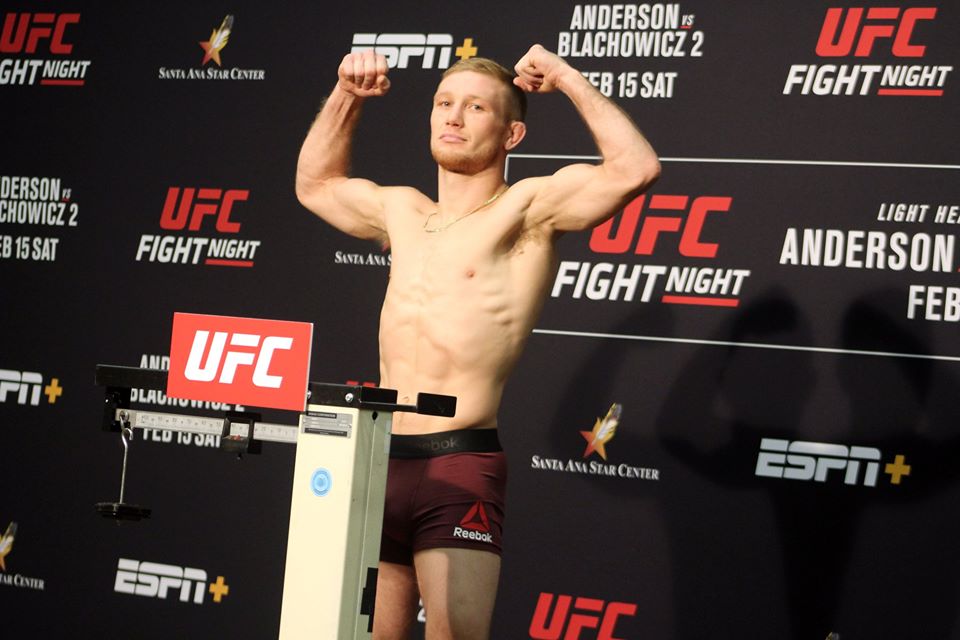 The card for the Ultimate Fighting Championships, May 30th event now has 10-fight after a six pack of additions.

In lightweight action Roosevelt Roberts, whose coming off a decision win over Alexander Yakovlev faces Brok Weaver, who won his octagon debut by disqualification after getting hit with an illegal knee from Rodrigo Vargas.

At bantamweight Casey Kenney who is won six of his last seven fights is set to tangle with Louis Smolka whose won five of his last six fights. At flyweight former LFA champion Brandon Royval makes his UFC debut against former Titan FC champion Tim Elliott. At 145 lbs. Billy Quarantillo who is on a six-fight win streak after submitting Jacob Kilburn, takes on Spike Carlyle who is on a five-fight win streak, after a TKO win over Alon Cruz. And Chris Gutierrez who is coming off consecutive decision wins faces Vince Morales who is looking to rebound from a decision loss to Benito Lopez.

According to Dana White the May 30th event will take place at the UFC Apex in Las Vegas, Nevada.