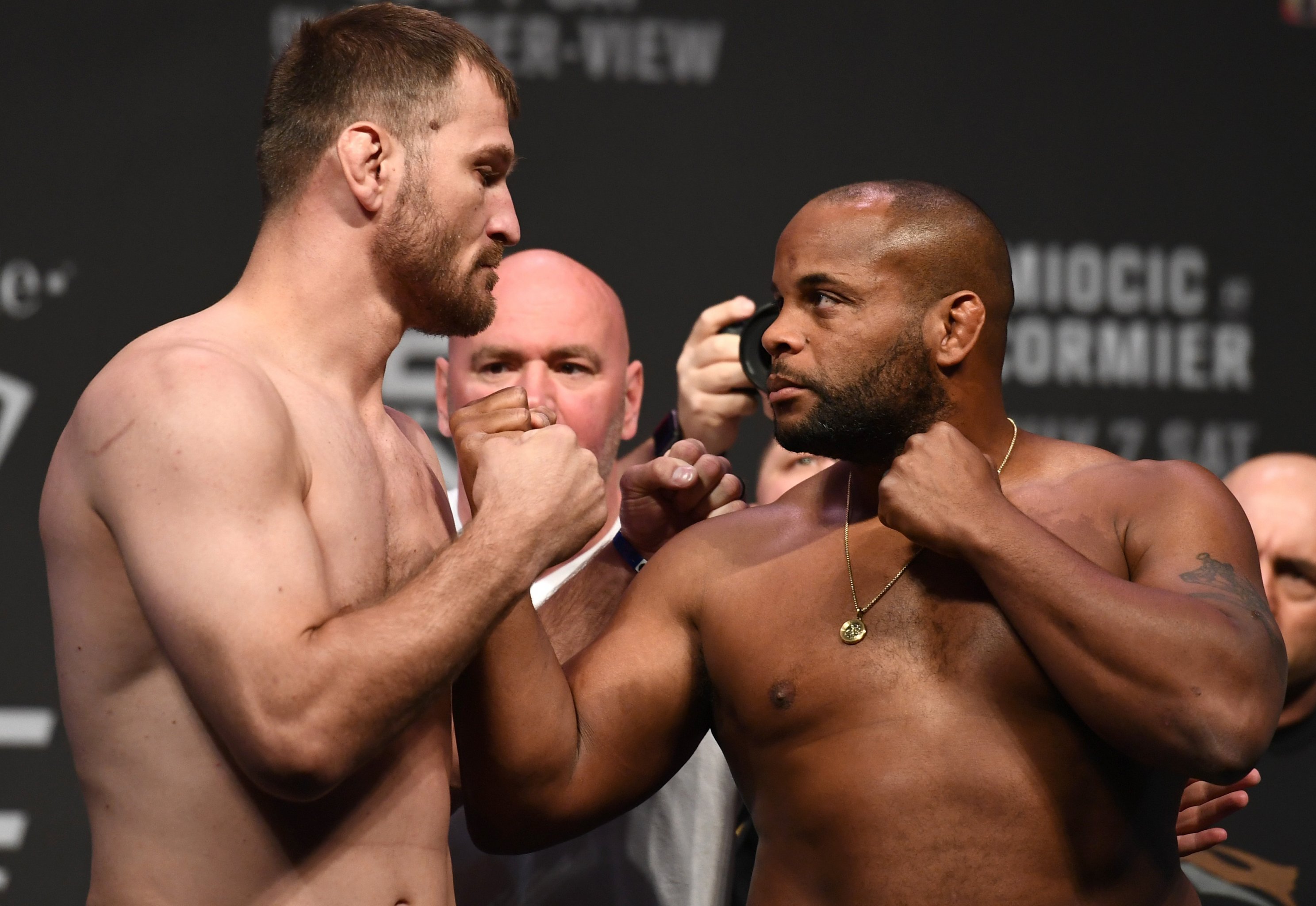 The UFC heavyweight title will be on the line in the third and final battle between Stipe Miocic & Daniel Cormier which will headline UFC 252.

Miocic a Ohio native, knocked out Fabrico Werdum to win the UFC heavyweight title for the first time at UFC 198. Miocic would set a heavyweight record with three successful title defenses. Daniel Cormier would make his own history at UFC 226 knocking out Miocic in the first round to become a two-division champion.

The Louisiana submitted Derrick Lewis at UFC 230 successfully defensing the heavyweight strap. At UFC 230, Miocic was given his rematch, willing the title for the second time stopping “DC” with strikes in the fourth round.

Neither has fought since that bout at UFC 241. Daniel Cormier is UFC analyst and has remained a fixture in ESPN’s coverage of MMA. Miocic a firefighter in his day job has obviously been very busy in recent months with the Covid-19 pandemic.