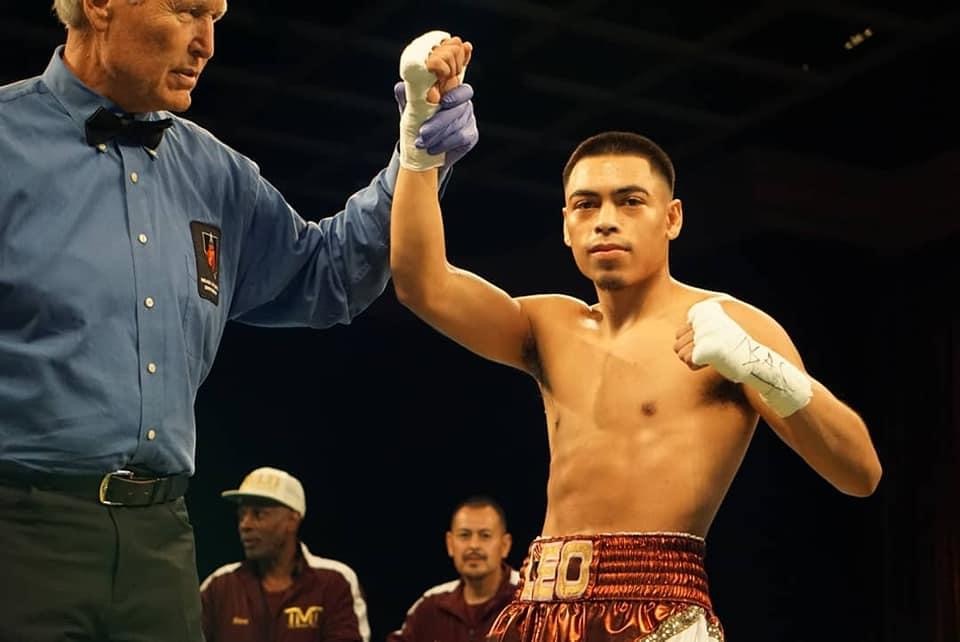 Stephon Fulton is out of Saturday nights main event on Showtime after testing positive for Covid-19.

Replacing Fulton in the 122 lb title bout against unbeaten Angelo Leo (19-0) is fellow unbeaten pugilist Tramaine Williams (19-0). Williams had been scheduled to face Ra’ees Aleem (16-0) who is now going to rematch Marcus Bates (11-1), in a WBA super bantamweight title eliminator.

Leo fights out of the Mayweather Promotions Stable and has fought seven of his last eight fights under the bright lights of sin city making his name known to the boxing world. The 26-year-old  scored his 9th knockout this past December beating Cesar Juarez to win a minor WBO title. Leo is number two in the WBO’s 122 lb rankings, while Williams sits at six. Williams has won three in a row by decision, beating Yenifel Vicente to win a minor WBO super bantamweight title in his most recent outing a year ago.  The 27-year-old has six knockout wins.

Leo is a top contender whose definitely earned this opportunity. Since his pro debut Leo has fought for attention, fought for respect, and has fought his way out from under the street lights and into the main event lights. Williams is a hungry contender who had to know he was next up if  Leo or Fulton fell out and has to be excited to fight for a world title in his home state.

Ra’ees Aleem beat Marcus Bates by decision in April of 2018 and has recorded five more wins since, three by knockout. Following the loss Bates took a year off an returned to action posting a 3-0 2019.

Before heading to Mohegan Sun which is host of the event, Stephon Fulton and team had been tested six time between June 25th & July 23rd. All those tests had come back negative. Today’s positive was the first from team Fulton. All other Boxers & their teams tested negative today.