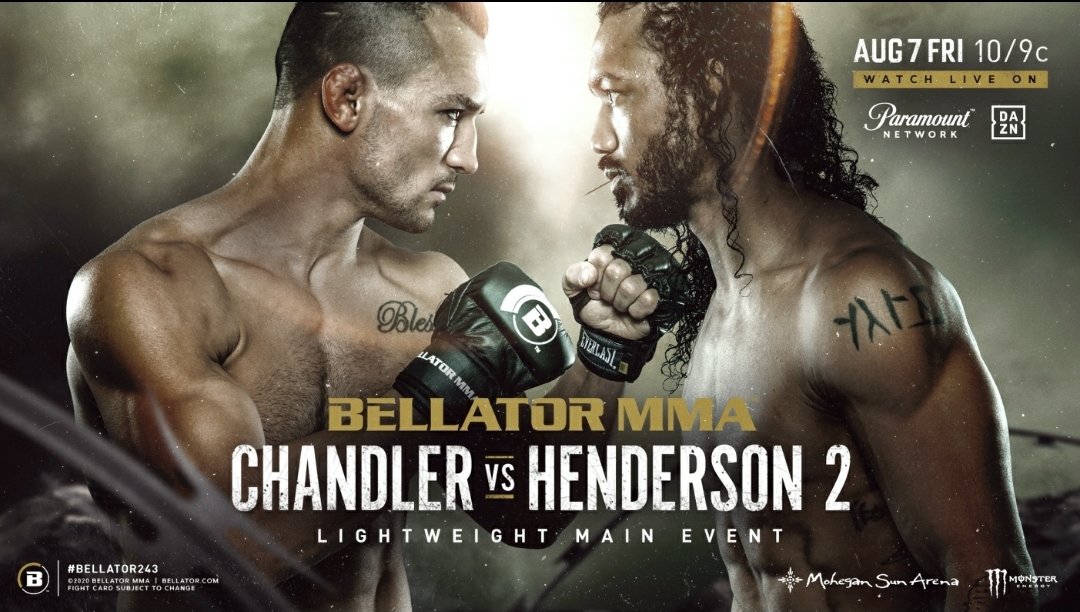 For the third time “Iron” Michael Chandler & “Smooth” Benson Henderson have been scheduled for a rematch.

The main event of Bellator 243 will see three-time Bellator lightweight champion, Michael Chandler against former WEC & UFC champion Benson Henderson. The two first fought at Bellator 165 back in November of 2016, a split decision that night went in Chandler’s favor.  Chandler has gone 4-2 since that fight and is coming off a first round knockout of Sidney Outlaw from Bellator 237. Henderson has gone 4-1 and is on a four-fight win streak, winning three consecutive decisions.

The co-main event will be a heavyweight contest, Matt Mitrione looks to end a three-fight skip when he faces Timothy Johnson, who is coming off knocking out Tyrell Fortune at Bellator 239. And at welterweight coming off a decision win over Moses Murrietta, Curtis Millender will square off with Sabah Homasi, who has won back to back fights including knocking out Micah Terrill at Bellator 225.

Bellator 243 is set for August 7th at the Mohegan Sun Arena in Uncasviille, Connecticut.