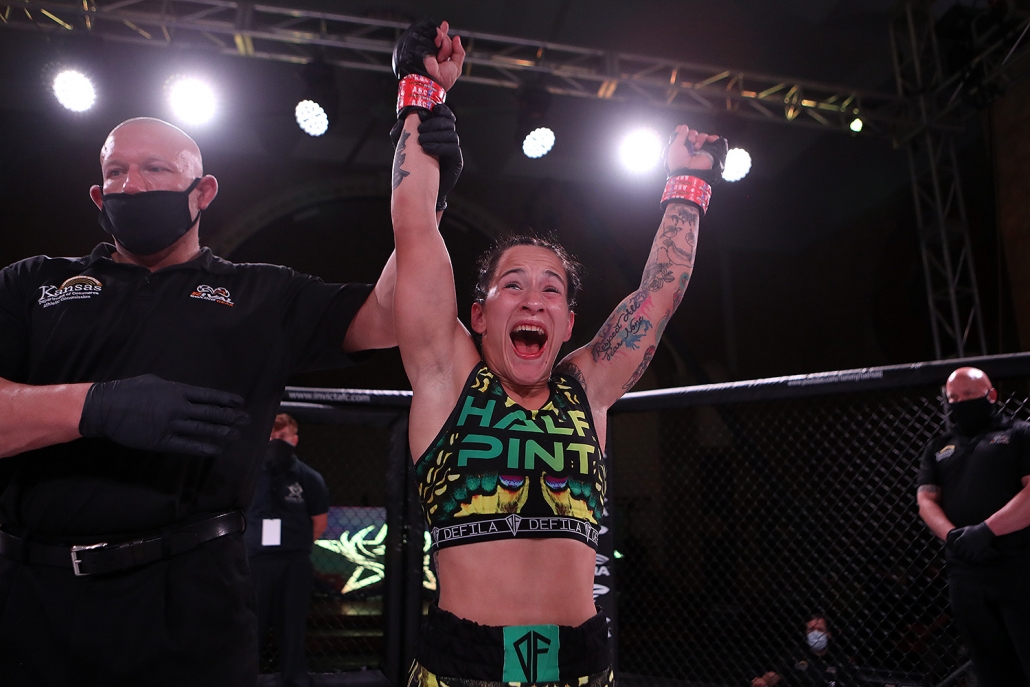 The vacant title will be up for grabs as Ashley “Smashly” Cummins faces “Half Pint” Alesha Zappitella. Cummins will try to capture Invicta gold for the 2nd time falling short against Jinh yu Frey at Invicta FC 39. Cummins is a ve who was part of the first Invicta card and has won four of her last six fights, the last two wins decisions over Stephanie Alba & Jessica Delboni. Zappitella is a wrestler whose won decisions over Kelly D’Angelo & Lindsey Vanzandt in her last two fights.

In the co-main event Lisa “Battle Angel” Verzosa, looks to rebound from her first career loss when she faces Raquel Canuto-Paaluhi, who returns to MMA after getting her black belt in BJJ, looks to compete in the cage for the first time since Invicta FC 25 in August of 2017.