Chris Brown joins Mika Frankl to talk about what happened at LFA 85 that lead to him not fighting. “Breezy the Future” shares the whole story of his wild journey trying to get to back to Albuquerque, from Sioux Falls, and the deer that slowed him up in Alma, Nebraska. Rescheduled from LFA 85, at LFA 90 Brown will take on Ignacio Bahamondes in his official welterweight debut. We touch on how Brown’s second welterweight camp has been. 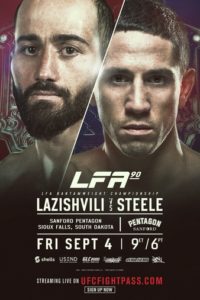