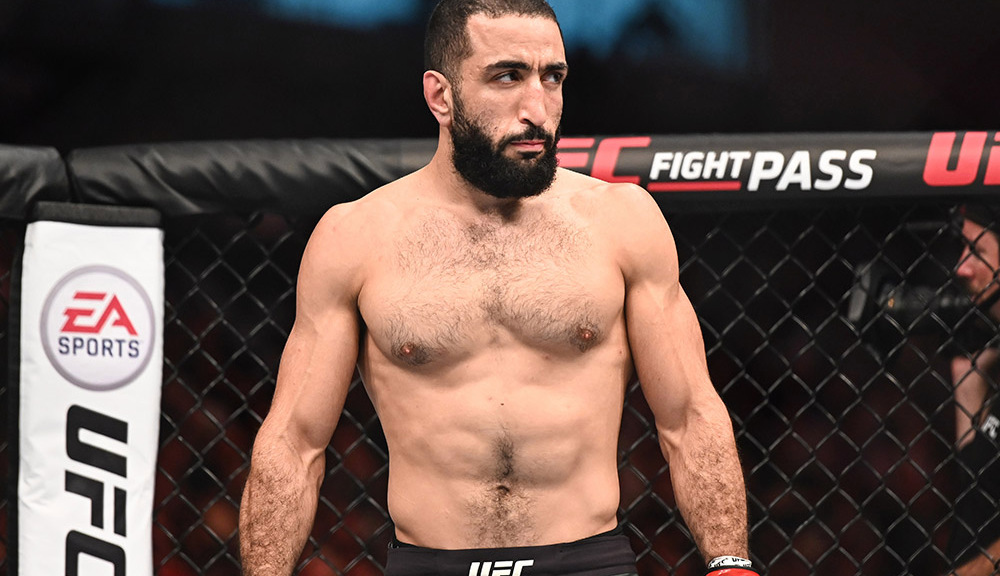 Here Comes Belal Muhammad to save the day.

Covid-19 has now cancelled Khzamt Chimev versus Leon Edwards for the third time. Unlike the second time, the UFC has decided to keep Leon Edwards on the March 13th card which they were expected to headline.

According to ESPN MMA reporter Brett Okamoto, the UFC match makers have found a willing dance partner for the UFC’s number 3 ranked Welterweight contender, in the form of number 13 ranked Belal “Remember the Name” Muhammad (18-3).

At UFC 258 Muhammad implemented his trademark in your faces high volume boxing attack to defeat Dhiedo Lima by unanimous decision. A question can be raised about Muhammad’s health at this point as the brunt of Lima’s offensive attack was focused on landing the very damaging low calf kicks. Which some fighters have reported taking weeks after the fight for the calf muscle to fully heal. The Chicago based fighter has won four in a row.

Leon Edwards is on an eight-fight win streak. The second longest active streak in the division. But the fighter nicknamed “Rocky” has not competed since beating Rafael dos Anjos by decision in July of 2019.  In all Edwards has seen Covid-19 cancel his last four scheduled bouts.

UFC Fight Night “Edwards vs. Muhammad” is March 13th at the UFC Apex in Las Vegas, Nevada, and streaming on ESPN+.