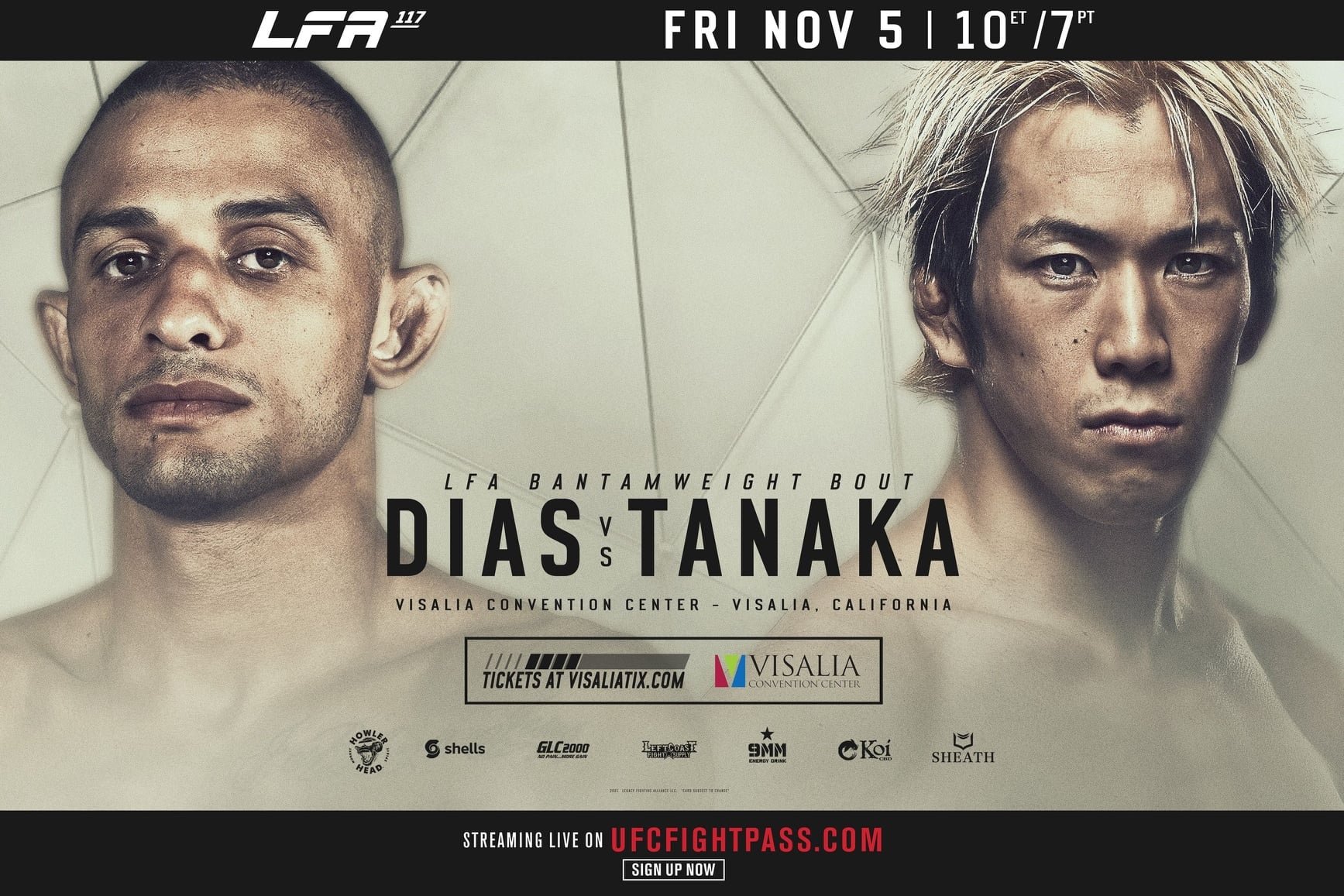 LFA 117 will be November 5th at the Visalia Convention Center. The main event pit Brazil’s Ricardo Dias against Japan’s Michinori Tanaka. Dias made his promotional debut at LFA 89 defeating Desmond Torres by split decision. At LFA 107 Dias won his third straight setting the internet on fire with a flying knee that knocked out George Garcia. Tanaka has a Judo background with all six of his finishes by submission. Tanaka has won his last two since parting ways with the UFC.

The co-main event will see Yuma Horiuchi against Mark Climaco. Following an armbar win over Donavon Frelow Horiuchi fought for an interim Flyweight title at LFA 110. Climaco has impressed in his two appearances in the LFA collecting decision wins over Pololu Nakanelua & Rodney Kealohi.

A week later the Burbank Convention Center hosts LFA 118. The main event is yet to be made official. The co-main event will see Brazil’s Leandro Gomes against Palestine’s Askar Askar. Gones has won four straight three in the LFA including a kneebar of Anthony Jimenez at LFA 74. Askar has won two of his three fights for the LFA both by decision and was about to make his UFC debut last year before findings on a medical test led to his contract being void. Healthy Askar is hungry to get back on track.