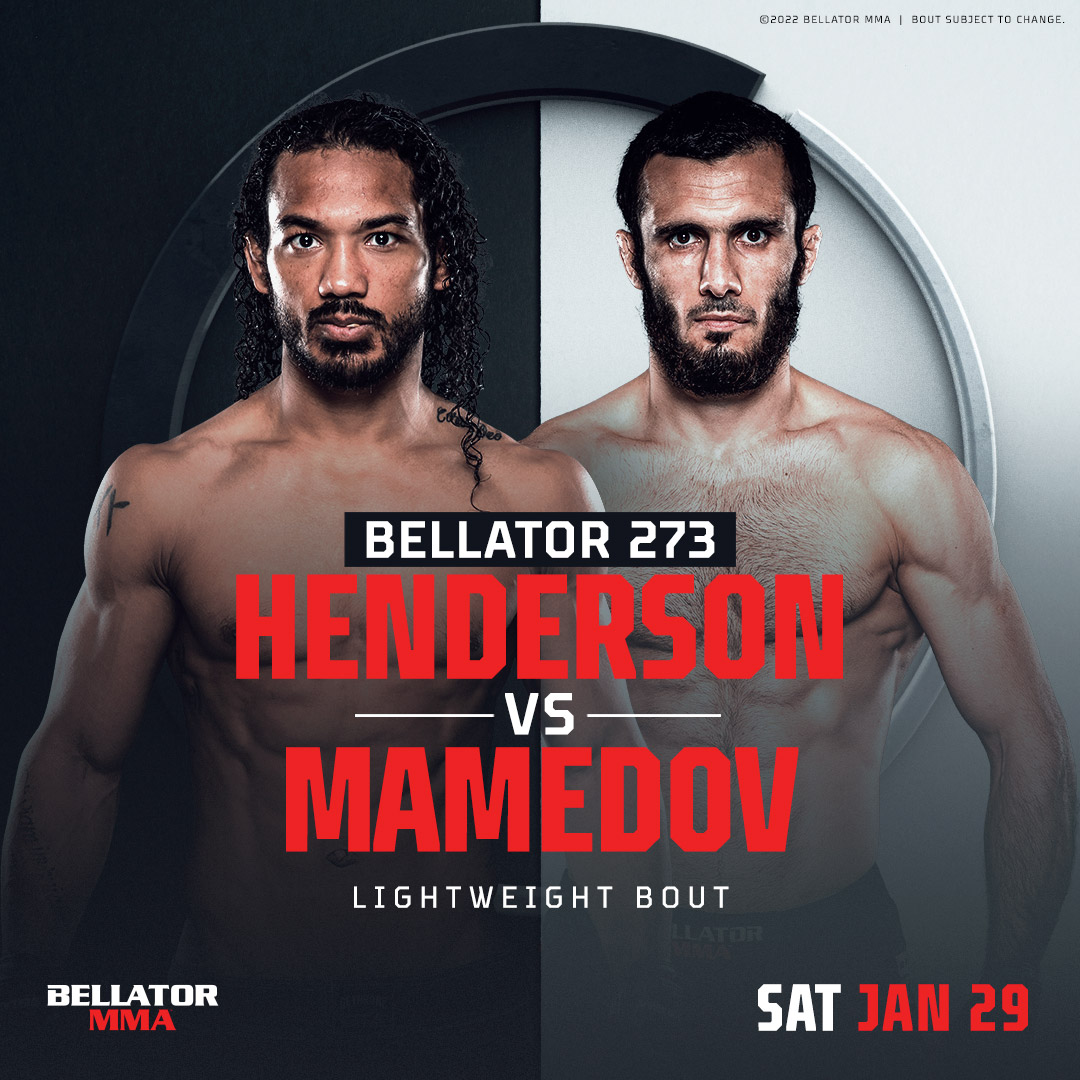 The card for Bellator 273 is now up to eight fights after this evening’s announcement by the promotion of six additions including the co-main event.

Bellator 273 takes place on January 29th at the Footprint Center in Phoenix, Arizona. Taking place in the Valley of the Sun the event will feature some hot prospects. Like in the co-feature as Team Khabib’s Islam Mamedov faces former world champion Benson Henderson from the MMA Lab. Mamedov made his promotional debut in July beating former champion Brent Primus by split decision, while Henderson looks to end a three-fight slump.

In bouts between more familiar faces brawler Sabah Homasi will take on Jaleel “The Realest” Willis. And Henry Corrales looks to win back to back fights for the first time since the beginning of 2019 when he meets Englishman Aiden Lee who’s got finishes in eight of his ten wins.