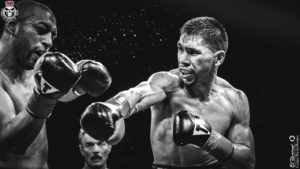 On the heels of a successful first event at Route 66 Casino in March, Legacy Boxing Promotions will be back at the Legends Theater Saturday June 23rd with “Route to Glory, Bad Blood”. The co & main event will both be 10 round New Mexico state title bouts.

The main event will be the long awaited meeting between former WBC title holder Josh “Pitbull” Torres & Cristian “El Puma” Cabral. I started covering the New Mexico boxing scene in mid 2012, fans an Cabral have been asking for this fight almost the whole time. Torres has rebound from a pair of majority decision losses in 2016 with consecutive TKO’s of John David Charles & Morris Rodriguez. 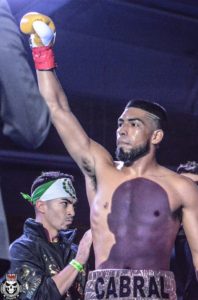 After over 2 years away from the ring Cabral has scored consecutive wins over Christopher Russell (tko) and Tavorus Teague. Torres the leader of team Pitbull, is the crisper more technical fighter of the two. Cabral, who fights out of Warrior Boxing, will have to be focused and find way to use his athleticism.

The co-main event was already alluded to by Legacy Boxing Promotions when “Mad” Max Hayman & Mike Alderte almost came to blows during an in ring interview at Route to Glory. Neither man has fought in over years, but these two have a score to settle. Alderte defeated Hayman is their first encounter in May of 2010. Six months later Hayman won the 2nd meeting. This third meeting comes with a New Mexico State Cruiserweight title on the line.

The promotion is currently searching for opponents for  undefeated fighters Ronnie “The Mongoose” Baca, Cristian “The Punisher” Castillo, & Agustin Perez.Tickets go on sale this Friday.