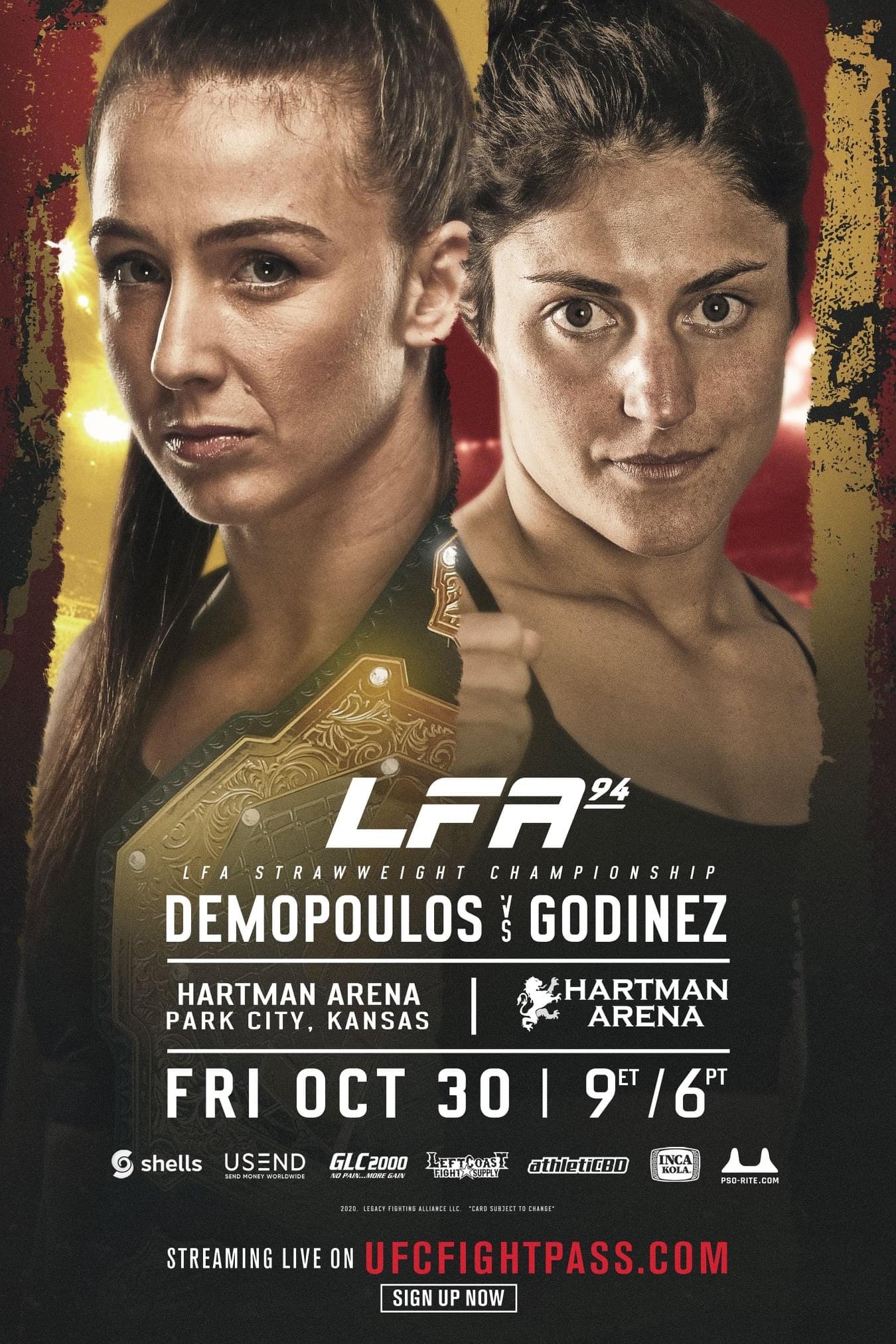 The final event of LFA’s phase three will be headlined by a championship contest.

Inaugural LFA women’s strawweight champion Vanessa “Lil Monster” Demopoulos will defend her 115 lb. title for the first time against unbeaten, Canadian prospect Lupita “Loopy” Godinez. Demopoulos has won her last four fights in the LFA. Two by submission including putting Sam Hughes to sleep by inverted triangle choke to capture the LFA title. Godinez is a top prospect from both U.S. borders, a native of Aguascalientes, Mexico, who fights out of Vancouver, Canada. “Loopy” has collected three of her four professional wins from the scorecards, including winning a regional title in her most recent fight, last November.

In the co-main event Aaron McKenzie takes on Joe Giannetti at lightweight. McKenzie has won three of his last four fights and has 100% finishing rate. Giannetti, a cast member of season 27 of TUF has won two of his last three fights.  Both wins coming by stoppage in the first round, a TKO of Keenan Raymond & a submission of Roberto Yong.

Else where on the card a battle between unbeaten fighters has, “The Gentelman” Jalin Fuller, who has two knockouts in under a minute, facing Miles “The Black Santa” Amos, a Titan FC vet with two wins by decision. Getting the card gong will be JacksonWink fighter Edwin Cooper Jr., who has both his wins by knockout squaring off with Jorge Juarez, who has finishes in both his wins.