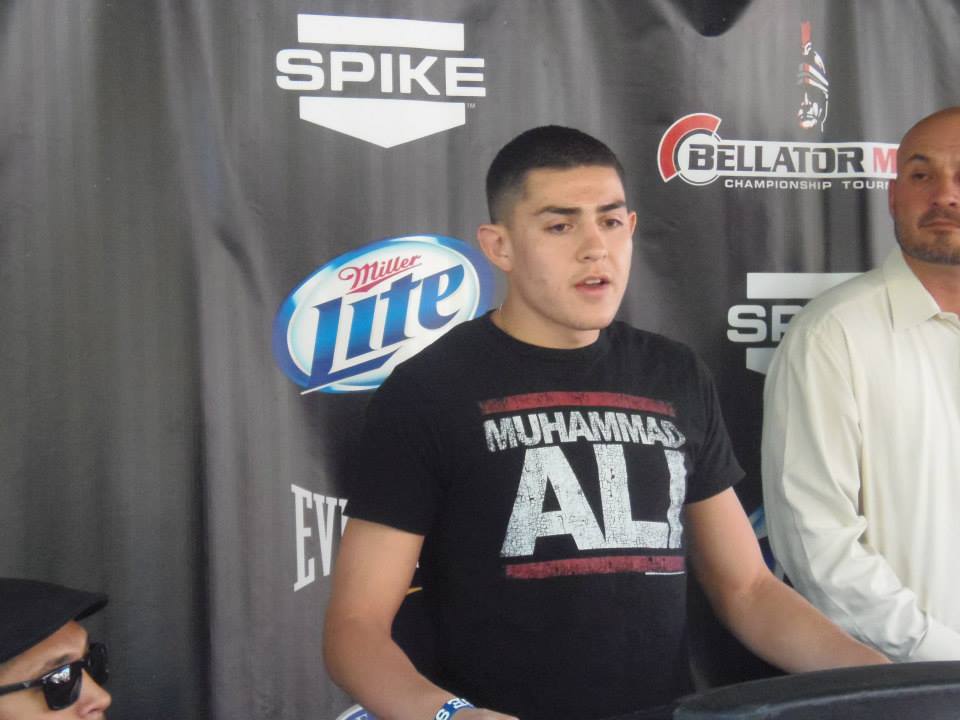 The Garcia camp has announced that the Mean Machine will be back in action at Bellator 123.The newest addition to the September 5 event at the Moeghan sun are is n the Bantamweight division and someone’s 0 has got to go; when Luttrell’s MMA’s Steve Garica (4-0) takes on Redline MMA’s Kin Moy (6-0 MixedMartialarts.com) .

Garcia a lean, lengthy, heavy hitting 135er who is emerging as a knockout artist, is a vet of Triple A MMA an Bellator, with a 2-0 mark so far in Bellator that includes a TKO of highly touted Shawn Bunch and 39 second knock out of Cody Walker. Garcia has a pro is yet to see the final bell with 4 (T)KO.

Moy is also a fight finisher but from the other realm of MMA having 4 of 5 stoppages by submission. Moy is coming off going the distance for the first time as a pro defeating Andre Soukhamthath by unanimous decision. A bout Moy scored his fast pro win submitting Kurt Chase-Patrick in 1 minute flat.

Bellator 123 takes place on September 5, at the Mohegan Sun Arena in Uncasville, Connecticut, and the event is headlined by Patricio “Pitbull” Freire challenging Pat Curran for the Bellator Featherweight title.