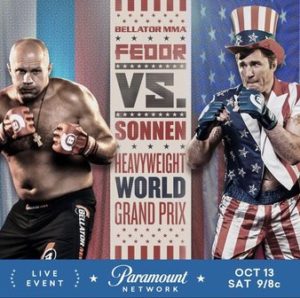 Fedor won his quarterfinal bout knocking out Frank Mir, while Sonnen out wrestled “Rampage” for a decision win in the quarterfinals.

Ryan Bader will face off with Fedor Emelianenko in the Heavyweight Grand Prix Finals in January 26 at the Forum in Inglewood, California.