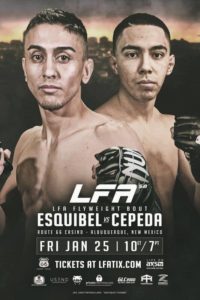 After wining the Caged Minds 2015 Male Amateur of the year award, Cepeda would have some changes in his personal life leading to a change in his combat sports career. Now back focused on MMA, Cepeda will make his pro MMA debut at Friday’s LFA 58 at the Route 66 Casino’s Legends Theater. The bout will be a rematch against Ricky Esquibel, who Cepeda submitted in his last amateur contest in February of 2016. 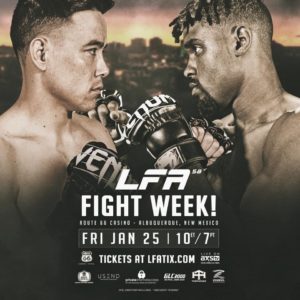