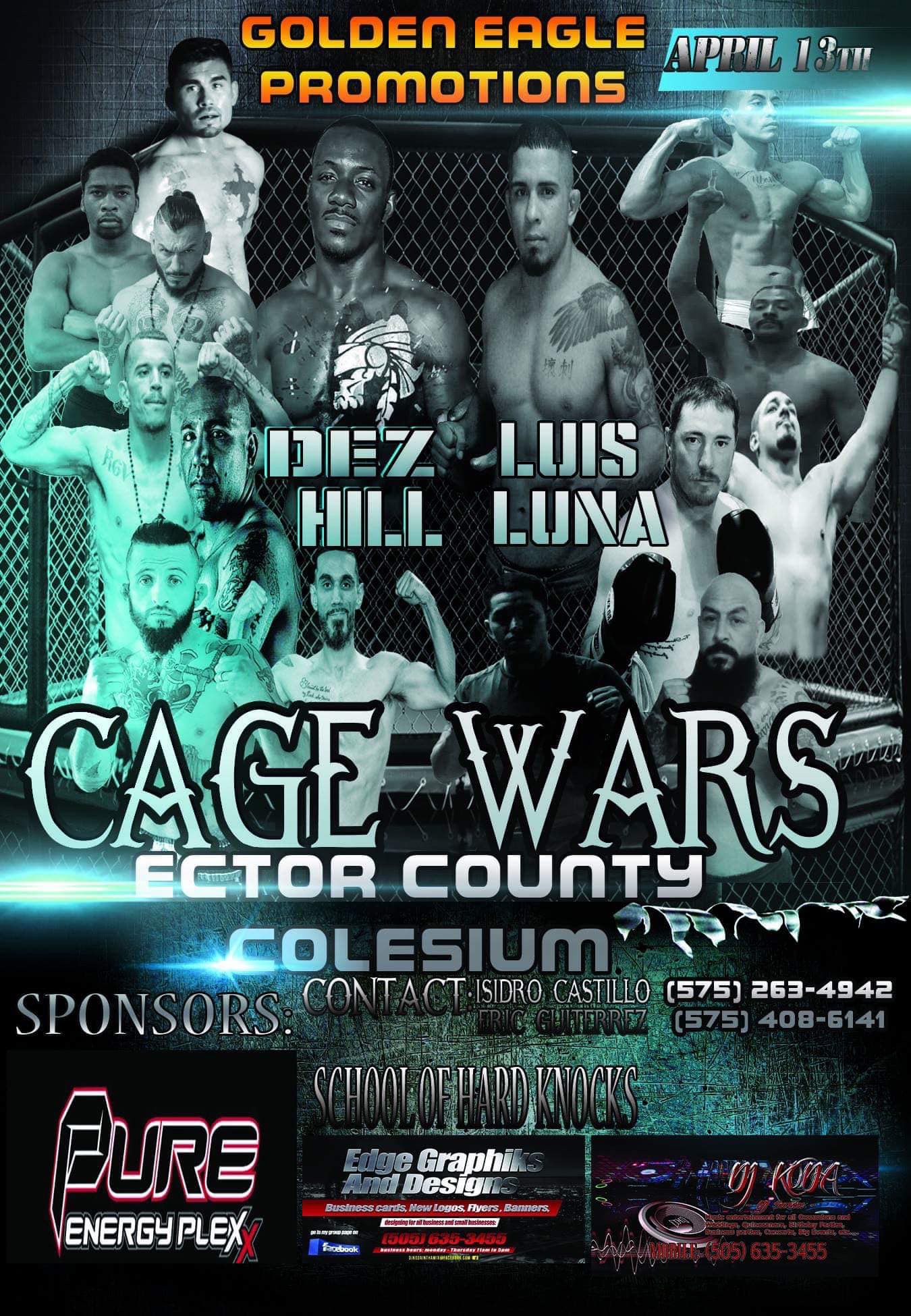 Hill last competed under MMA rules in April of 2017, scoring a first round TKO of Anthony Rozema at KOTC “Starbound”, winning an interim Welterweight title.  The Odessa native has twice fought in the boxing ring, picking up a pair of knockout victories. In all “Mundo” has eight knockouts  out of twelve wins between Boxing & MMA.

Luna has won three of his last four MMA fights, but hasn’t been in the since an April 2018, split decision win over UFC vet Jerrod Sanders. This past December Luna made and won his pro boxing debut, with a first round knockout of Issac Sifuentez. The native of Seminole, TX, has 9 finishes, 5 knockouts, and 4 submissions inside the cage.