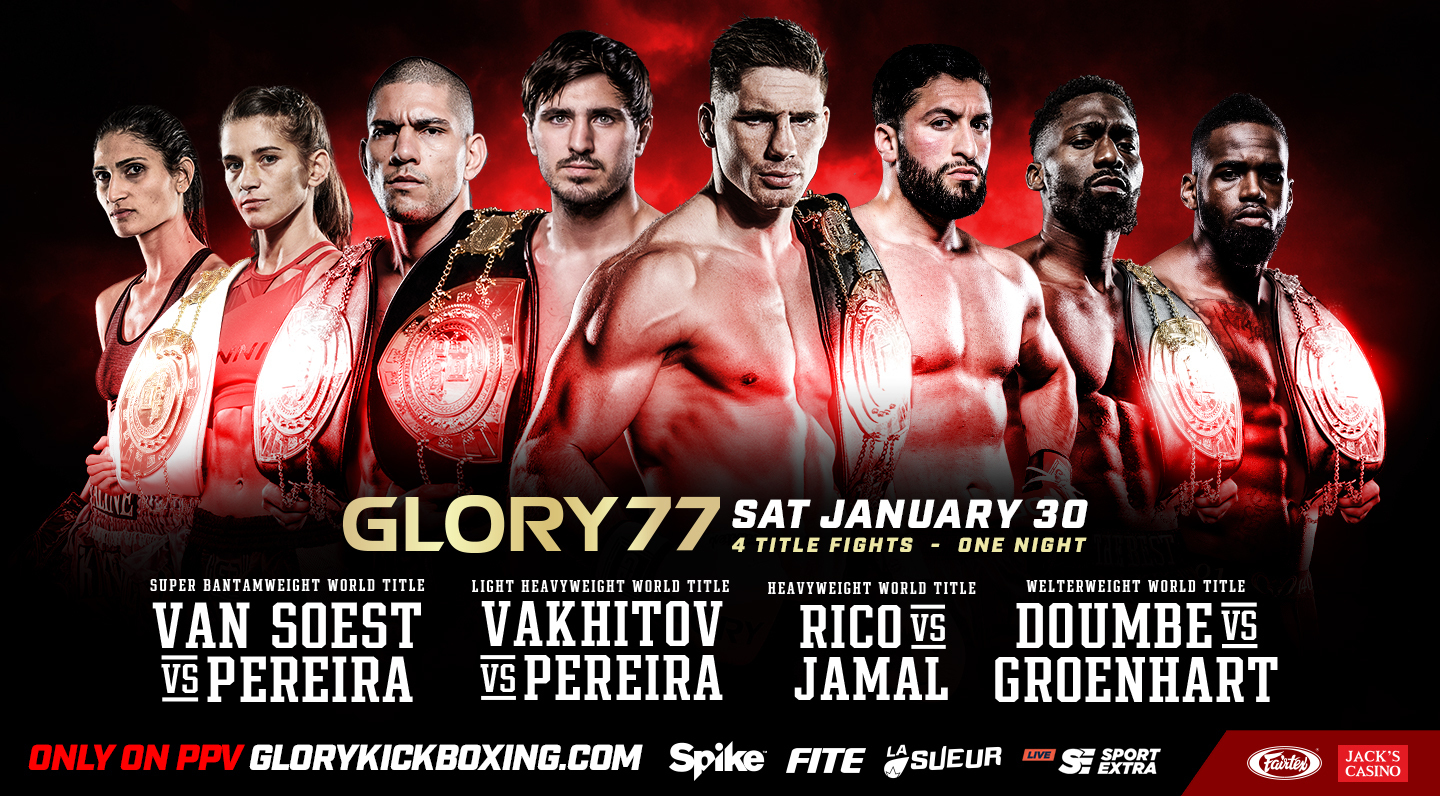 The main event is a trilogy meeting as Jamal Ben Saddik challenges Rico Verhoeven for the Glory heavyweight championship. Their first meeting in 2011 saw Saddik win by knockout. In 2017 Verhoeven exacted his revenge stopping Saddik in the fifth round at Glory 49.

The light-heavyweight title will be unified as interim champion Alex Pereira faces off with champion Artem Vakhitov. Pereira has the knockout of the year for MMA promotion Legacy Fighting Alliance & looks to become the first person in Glory to be a simultaneously be the champion of two divisions.

The Glory welterweight title will also be unified in its own trilogy bout as Cedric Doumbe clashes with Murthel Groenhart. Doumbe won their first meeting in March of 2016 winning by unanimous decision. Groenhart even the series in August of 2017 winning a split decision.

Glory 77 takes place on January 30th & will be available on pay per view.