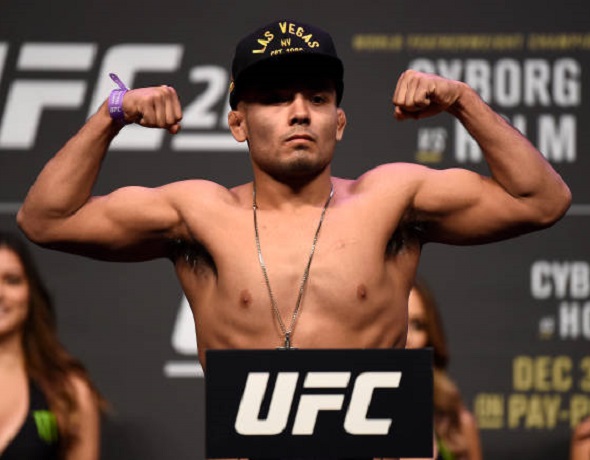 At UFC Rio Rancho history will be made as spouses will compete on the same card for the first time.

At LFA 79 the Buys’s made history when JP & Cheyanne made history as the first spouses to compete on the same MMA card.

De La Rosa is a Texan now training out of Factory X in Inglewood, Col. The 25-year-old looks to rebound from a rough 2019 that saw him drop decisions to Alex Perez & Kai Kara-France. Brazil’s Paiva made his UFC debut on a 12-fight win streak, but has lost both his bouts. Including being stopped by a nasty cut in August, from Rogerio Bontorin.