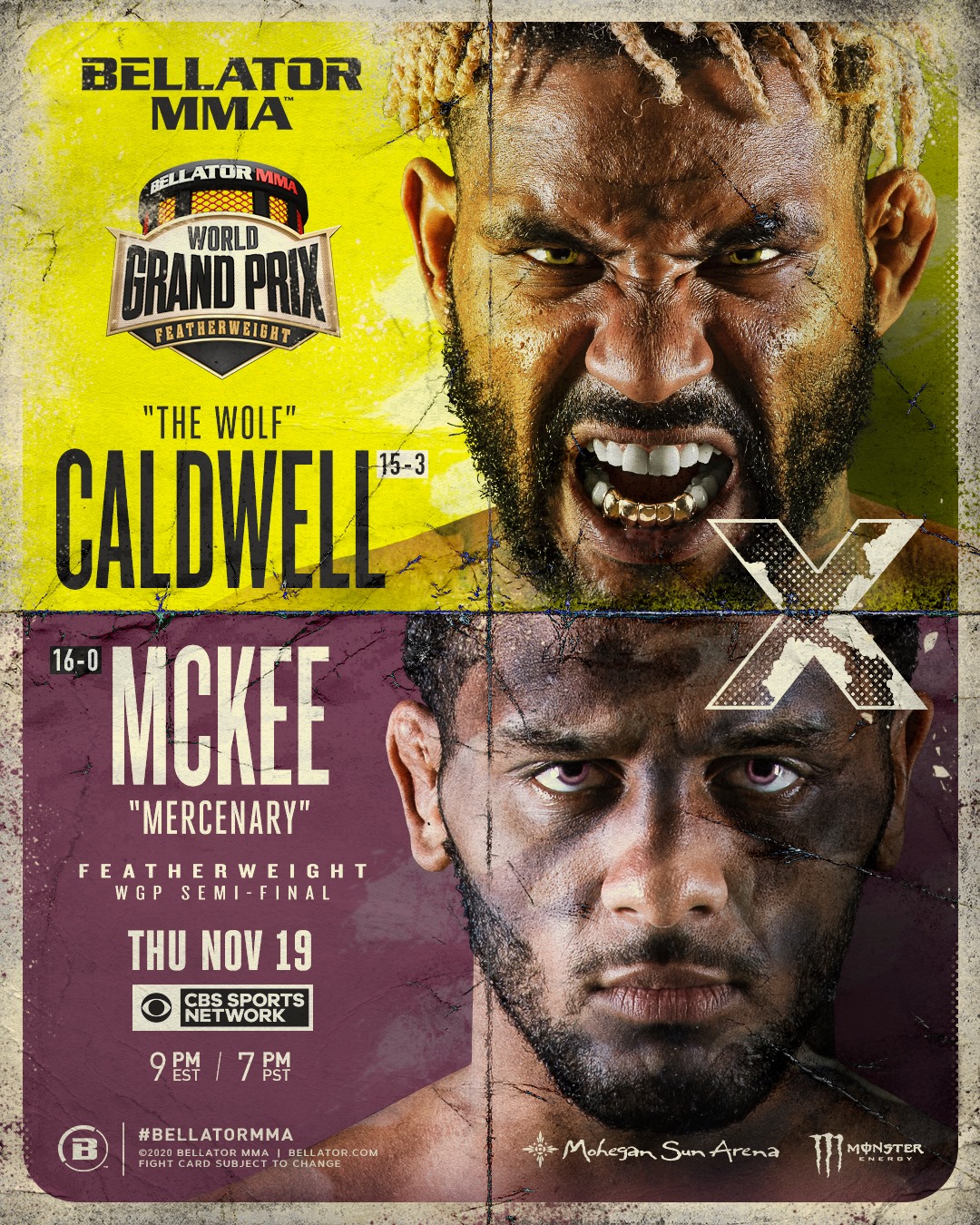 November 19th at the Fight Spere inside the Mohegan Sun Arena in Uncasville, Connecticut, former bantamweight champion Darrion “The Wolf” Caldwell meets unbeaten AJ “The Mercenary” McKee with a trip to the Grand Prix finals on the line.

The fight was originally scheduled for June 6th but was postponed due to the Covid-19 pandemic.

Caldwell (14-3) is 3-0 as a featherweight inside the Bellator cage. During his time at bantamweight Caldwell defended the 135 lb. title twice. In the opening round of the Grand Prix “The Wolf” beat Henry Corrales by unanimous decision. In the quarterfinals, the 32-year-old submitted Adam Borics by rear naked choke.

McKee (16-0) has fought his entire professional career inside the Bellator cage. “The Mercenary” has racked up eleven stoppage victories, six knockouts, five submissions: eight in the first round. Mckee knocked out Georgi Karakhanyan in just eight seconds in the Grand Prix opening round. In the semifinals the 25-year-old submitted Derek Campos by triangle choke.