Unbeaten through his MMA journey, Pat “Patchy No Love” Mix will collide with Juan “The Spaniard” Archuleta in the main event of Bellator 246, for the vacant Bellator bantamweight title. The fight was originally scheduled for late July but was postponed eight weeks. We get into how that delay effected camp. “Patchy” has expected to cross paths with Archuleta since their King of the Cage days. Pat is from Angola, NY, and leaves his family to train at JacksonWink MMA in Albuquerque. “No Love” has always been a fighter and he has a squad he fights for. 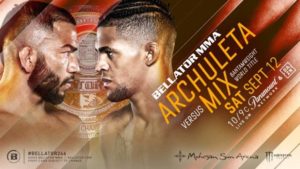